Journalists are people like us. They live and work in our communities. Media cover issues affecting Ottawa residents. Journalists are Ottawa residents too. Many media outlets (e.g. Ottawa Sun, CBC, Le Droit, Metro Ottawa) send a journalist to cover each City of Ottawa committee, commission and council meeting. Journalists also do stories about community meetings and events. They want to know what residents care about.

When a journalist reports on an issue, their story will be read, heard and/or viewed by possibly hundreds of thousands of Ottawa residents. A media story can let people know about an issue and encourage more people to take action and to ask for change.

View journalists as people who have a lot in common with us. Journalists need us to help them tell their stories.

How does a media interview happen?

Contacting media with your story idea

If you call a journalist to tell your story idea, then you are “pitching” to the journalist. There are journalists that cover local issues. Some journalists specialize in politics, including city hall. Check the newspaper or on-line to see if a journalist has previously covered the issue that you want to talk about. There are many ways to contact journalists.

Here are a few ideas:

When you a call a journalist with your story idea, there is key information they need to know. We call these The Five Ws: who, what, when, where and why. Write down answers to the following questions before contacting a journalist.

What will be interesting to media?

Some times are better than others to contact a journalist with a story idea, or to share your opinion about an issue. Good times include:

If you are asked to give an interview 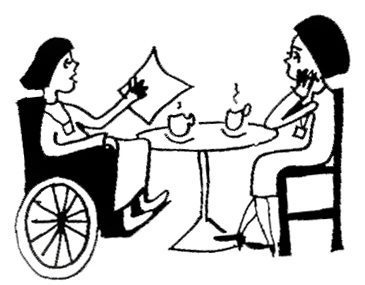